The first small escort aircraft carrier (a converted cargo ship) ever built, CVE-1, was named for Long Island. Escort carriers protected convoys, hunted submarines, provided air cover during invasions and transported aircraft and equipment. The USS Long Island was launched in 1940, and tests in 1941 proved the feasibility of operating aircraft off converted cargo ships. During 1941, the Long Island operated off the east coast of the U.S. on neutrality patrol, keeping an eye on patrolling German submarines. The Long Island’s most important mission was during the Battle of Guadalcanal in August 1942, when she delivered two squadrons of Grumman Wildcat fighters directly into the battle and helped save the island from the Japanese onslaught. The Long Island spent the rest of the war in training and ferry duty. 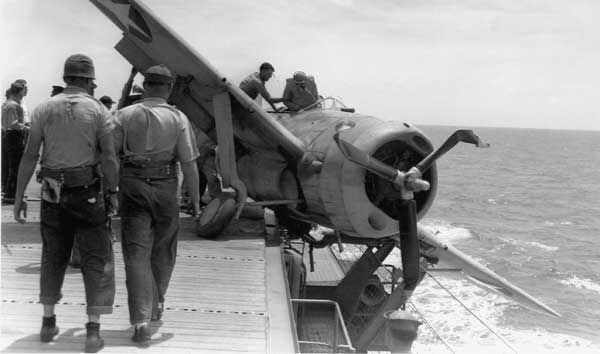