In November of 2019, in honor of the 90th Anniversary of the Ninety-Nines’ International Organization of Women Pilots first meeting (November 2nd, 1929) at Curtiss Field, Valley Stream, NY, the Cradle of Aviation celebrated the achievements of women in aviation through the years.

In August 1929, at the Women’s Air Derby (coined the Powder Puff Derby), a group of female pilots who shared a common bond decided to formalize their group. They sent out an invitation to join their group on October 9, 1929, and held their first meeting on November 2nd, 1929 at Curtiss Field, Valley Stream, NY. The meeting was led by Amelia Earhart, who was later elected the first president. 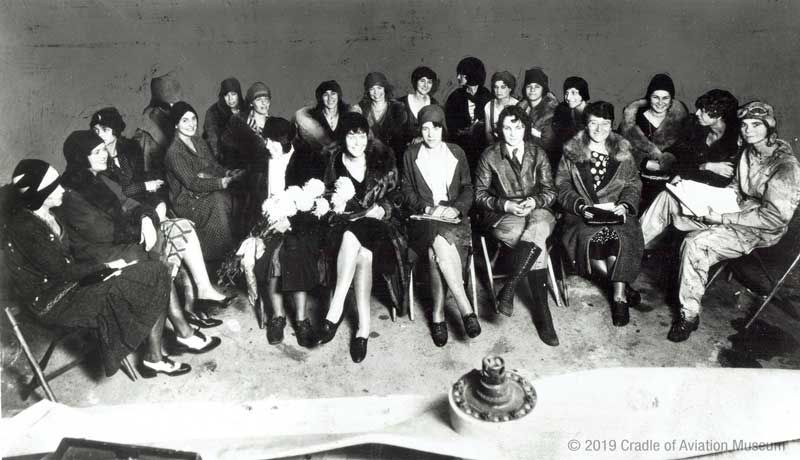 Of the 117 licensed women pilots of the day, 99 became charter members of the organization and took the name from their number.

The original purpose of the Ninety-Nines was for the mutual support and advancement of female pilots, “good fellowship, jobs, and a central office and files on women in aviation.” Today, membership has grown worldwide from 99 to over 5,100 hailing from 44 countries. 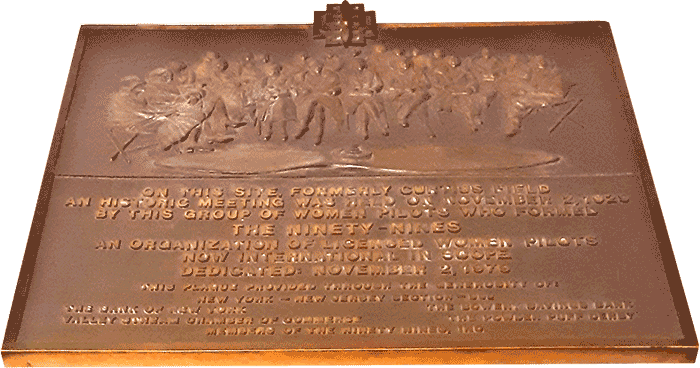 Additionally, museum visitors can learn about, celebrate, and experience the challenges and accomplishments of women in aviation throughout our museum exhibits and on our Long Island Aviation Hall of Fame.

“In accomplishing the feat of flying, women broadened the traditional boundaries that had been set for their gender, attaining a sense of competency and achievement, contributing significantly to the progress and cause of aviation from its dawn to the present day.”

Hempstead Plains Gallery
American women took an active role on Long Island in the development and promotion of aviation alongside their male counterparts.

The Golden Age Gallery
Flying truly came of age as the technology of aircraft underwent a revolution, turning flying from a dangerous sport to a viable commercial industry. 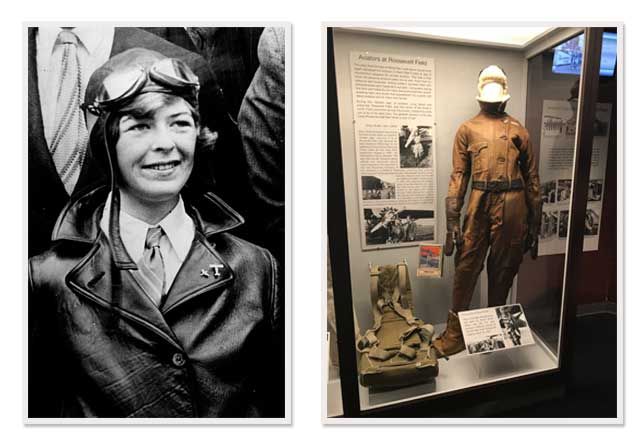 WWII
From 1942 to 1945, while men fought on the battlefronts of WWII, over 18 million American women filled civilian and military positions created as the country shifted to wartime.

Jet Age
As commercial aviation grew on Long Island, membership in the Ninety-Nines grew by large numbers both nationally and worldwide, and roles for women in aviation increased as stewardesses, air traffic controllers, in administrative support roles, and the general aviation industry. 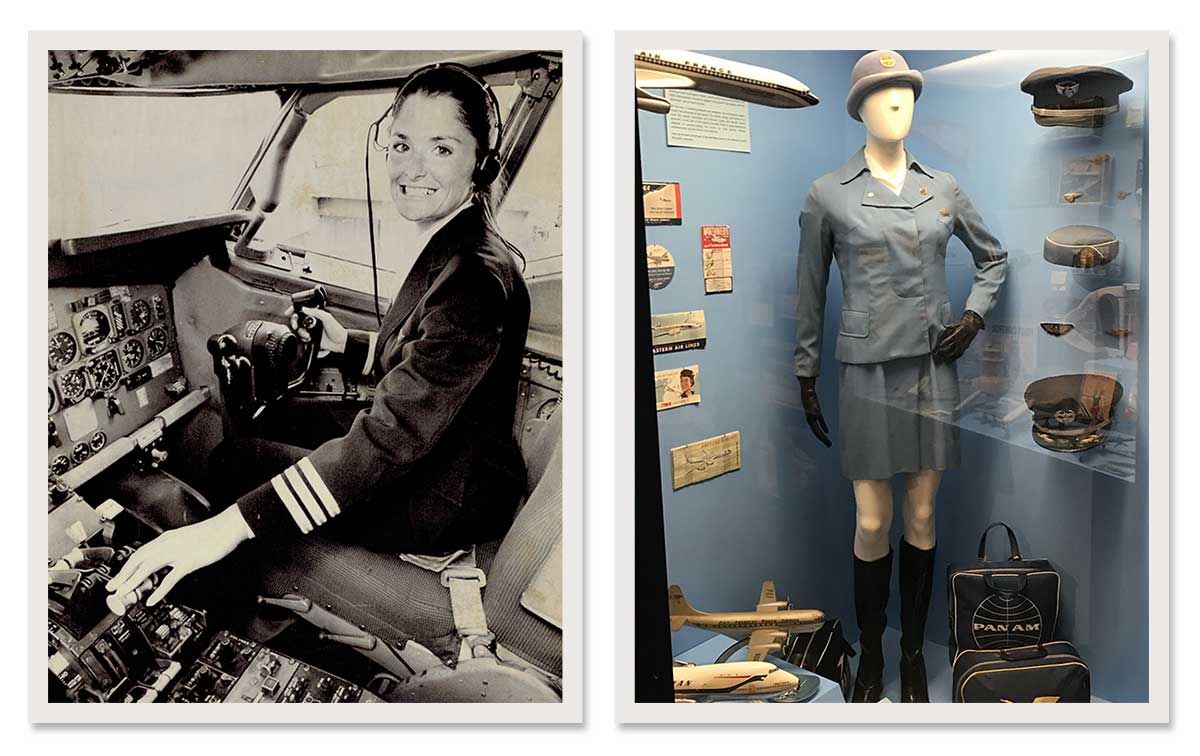 Space Exploration
Long Island had a major influence on the American space program. 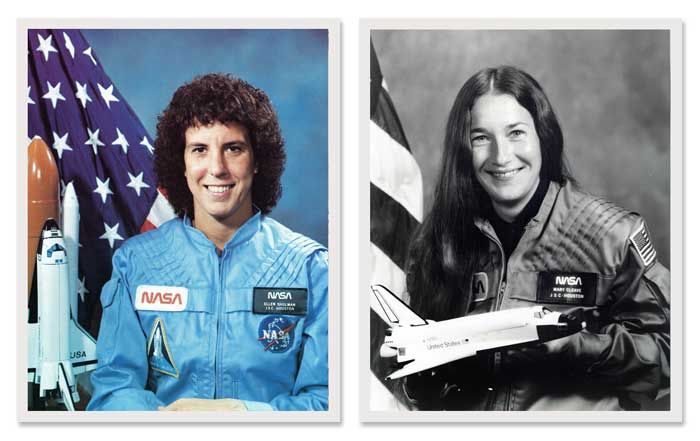 Many prominent women in air & space have visited the museum to speak to school groups about their personal experiences. 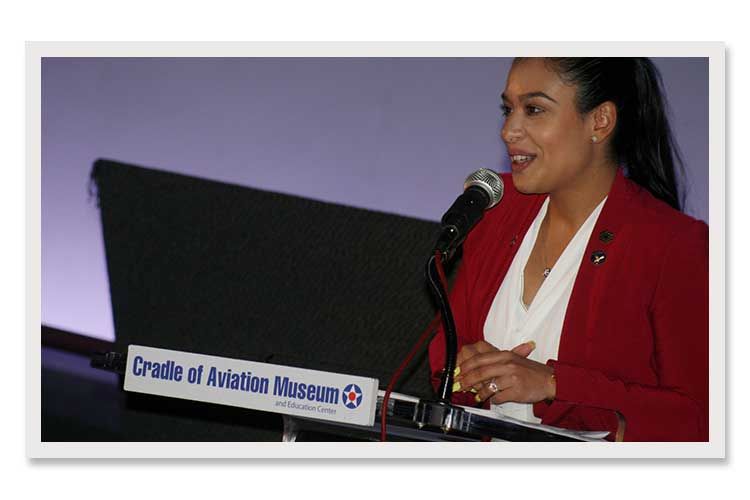