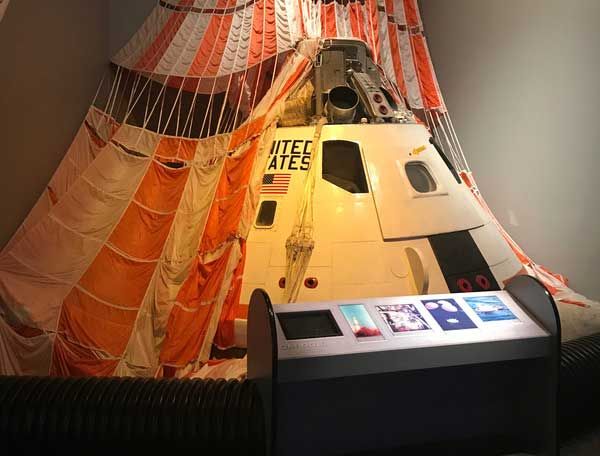 The Command Module (CM) was the control center for the Apollo spacecraft and provided the living and workspace for the three-man crew for the entire Lunar flight, except when two of the crew were in the Lunar Module. The crew compartment is made of stainless steel, and the heat shield on the rear is made of a heat dissipating material that burned away during re-entry. The parachutes seen here were flown to the Moon and back on Apollo 15. On January 20, 1966, Apollo Test 004 was launched with this CM on a Little Joe II rocket. For this test, the rocket started to tumble at an altitude of 24 miles, as planned, and the Escape system sensed trouble and fired its abort rocket, carrying the CM away from danger. The CM was recovered normally by parachute ending in a hard landing in the desert. The test proved that the CM launch escape and land impact systems could protect the astronauts in an emergency. 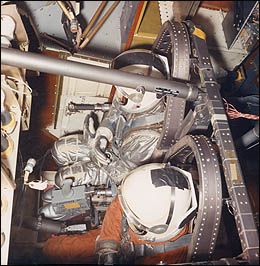