Expendable American combat gliders were used on some of the most dangerous missions of the war, that of landing troops and equipment miles behind enemy lines. Towed into the air by tug aircraft, CG-4’s went into operation in 1943 during the Allied invasion of Sicily. They also played a critical role in the D-Day assault on June 6, 1944 and in other major airborne operations in the European and Pacific theatres. Glider landings were extremely hazardous due to heavy anti-aircraft fire, air traffic congestion and small landing zones often with obstructions. It was not considered desirable duty. 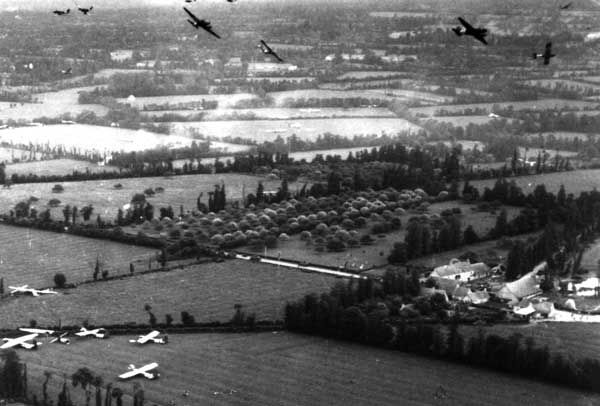 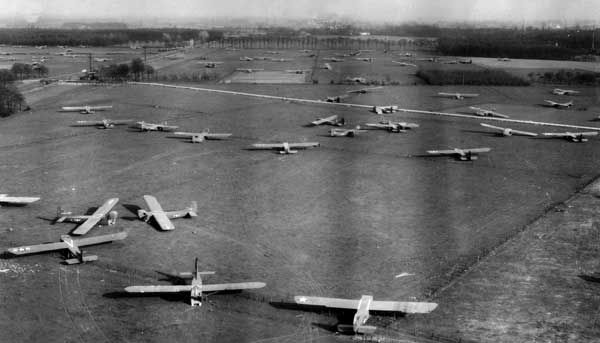 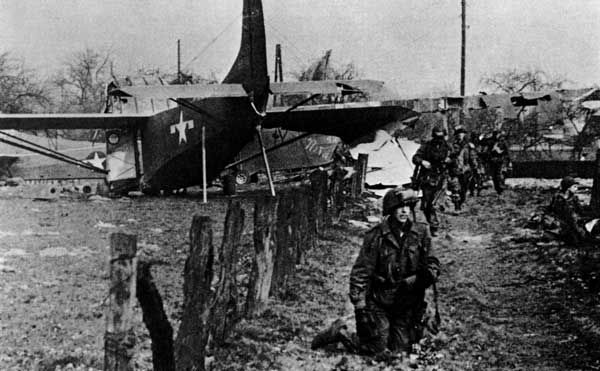 After seeing Germany successfully use troop-carrying gliders in 1940, the U.S. Army rushed through a glider production program. In an effort to speed production 20 firms from across the country were selected to build part or all of the massive wood, steel and fabric troop gliders originally designed by Waco. Two of these firms were on Long Island, Dade Brothers, a former house builder in Mineola, who built the wings and tail, and a fledgling aeronautical firm, General Aircraft in Queens, who built the fuselages. Together these two firms built around 1000 CG-4 gliders on Long Island during the war. This type of glider was used in large formations to land soldiers, vehicles or cargo behind enemy lines. 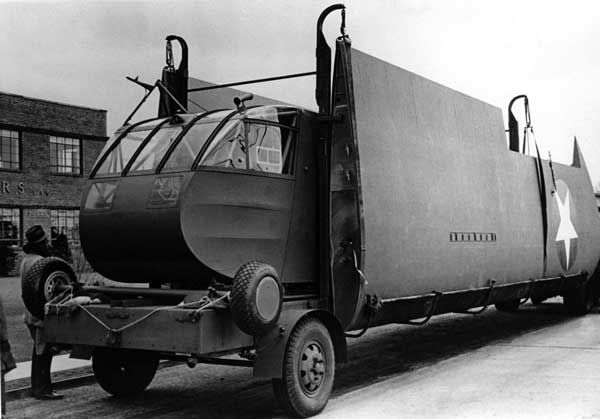