The Thomas Morse was the best fighter plane produced in America during World War One. Dubbed the "Tommy", it is essentially an American copy of the British Sopwith Camel. During 1918 "Tommies" were used as advanced trainers at almost every pursuit flying school in the U.S., including Mitchel Field. Mitchel Field was named after former New York City Mayor John Purroy Mitchel who was killed flying a Thomas-Morse Scout during training in 1918. After the war, many were sold as surplus to sportsmen pilots. Of the over 600 Scouts built, this is one of but ten surviving examples. This particular Scout has been continuously based on Long Island since it was purchased as surplus at Mitchel Field in 1923. From the 1920's through the 1950's, Paul Kotze of Merrick barnstormed the metropolitan area performing at many air shows. Equipped with its original Marlin machine gun, it is one of the best preserved World War One fighters in the country. 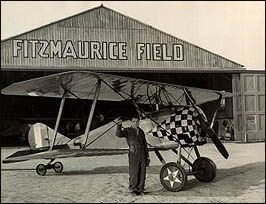 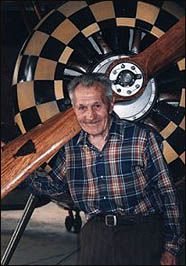