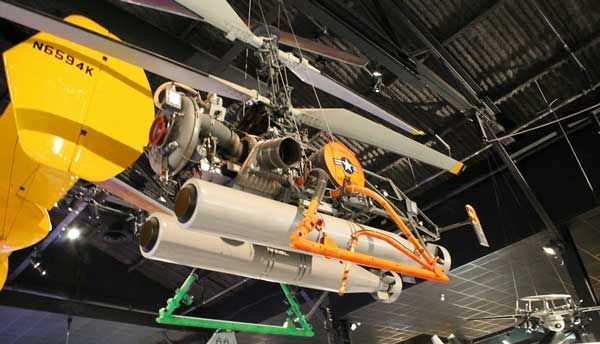 In 1960 Gyrodyne demonstrated for the U.S. Navy a small remote-controlled helicopter for the purpose of combating the growing Soviet submarine threat. This was the first-ever free flight of a completely unmanned helicopter. The helicopter was radio-controlled and was launched from a destroyer to attack submarines so the ship itself would not have to come within range of the target. The production version, the QH-50, was armed with two Mark 44 acoustic homing torpedoes. After it was launched it was to be tracked by radar from its ship and guided by signals to the enemy submarine which was detected by sonar. It would then launch its torpedoes and fly back to the ship for re-use. 750 QH-50's were built in St. James between 1960 and 1968. 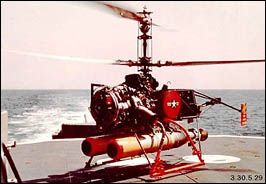 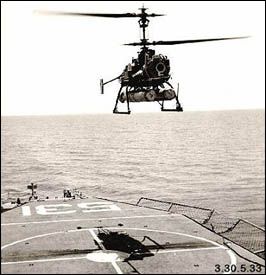