In 1891 Otto Lilienthal of Germany began work on a series of gliders that he hoped would demonstrate the possibility of flight by man. This is a replica of his 1894 glider which he considered to be the most successful of his designs. The movement of the pilot's body, suspended between the wings, altered the machine's center of gravity and provided the only form of - marginally effective - control. Flying off a high hill, Lilienthal made many flights in gliders of this type before suffering a fatal crash in 1896. He effectively demonstrated that the air could support a man in winged flight. His influence on aeronautical progress in America was tremendous. 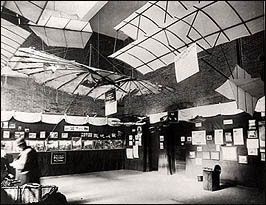 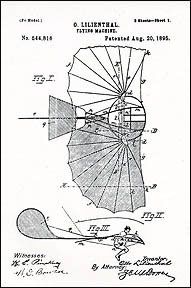