The JN-4 was America's most famous World War One airplane. During the war, it was the main training plane of the Air Service. In 1917 and 1918, the JN-4 was used extensively on Long Island for training at the Army airfields here. After the war many were sold as surplus to pilots who flew them throughout the country, landing in fields, where they offered rides for a price. These pilots were called "barnstormers". In 1923 Charles Lindbergh purchased this aircraft in Americus, Georgia for $500. It was the first aircraft he ever owned. During the next two years, Lindbergh barnstormed throughout the midwest. He experienced two crashes in this plane, which he repaired himself. It was later sold, crashed and ended its days in a pig barn in Iowa. George Dade, a local aviation enthusiast, purchased the plane and had it restored in his basement in the 1970s. Lindbergh came to view the restoration and he verified that it was indeed his old Jenny. 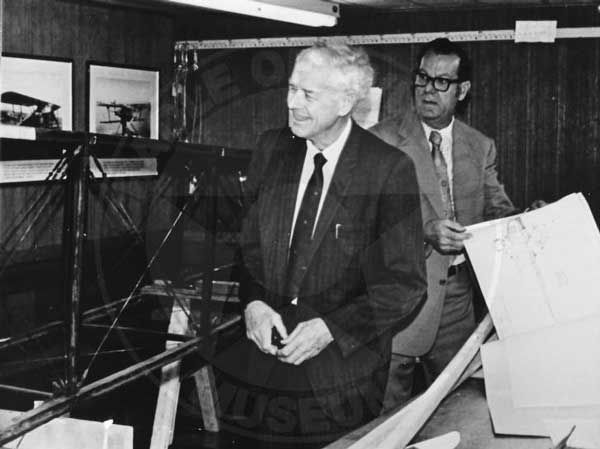 Charles Lindbergh and George Dade examining his Jenny. This image can be found in our digital archives at https://nyheritage.org/contributors/cradle-aviation-museum 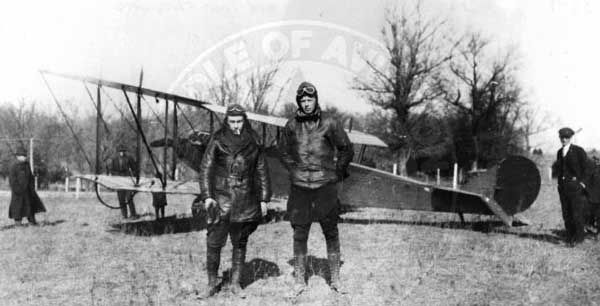 Leon Klink (L) and Lindbergh (R) barnstorming in a Curtiss JN-4D Jenny. This image can be found in our digital archives at https://nyheritage.org/contributors/cradle-aviation-museum