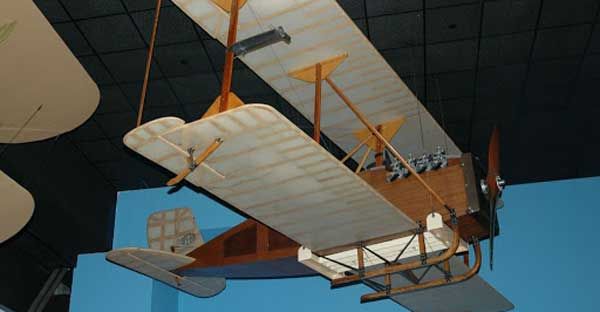 The Sperry Aerial Torpedo tests were the first guided missile program in this country. In 1916, Lawrence Sperry, developer of the autopilot, formed a new company and set up flying operations at an isolated site at Amityville on the Great South Bay. Here, the Navy funded the development of unmanned flying bombs intended to be launched against military targets. Five "Aerial Torpedoes" were then built by the nearby Curtiss Company. A special track and dolly was developed and Aerial Torpedoes were launched by this system with some success. The Aerial Torpedoes were to be loaded with TNT and launched against enemy targets. After a pre-set time the engine would stop and the plane would dive into the target. With the end of World War One however, all experiments with flying bombs came to a halt. Nonetheless the first successful Aerial Torpedo flight in March 1918, marked the first time a full-size automatically-controlled unmanned aircraft had actually flown. This aircraft was thus a direct ancestor of the modern cruise missile. 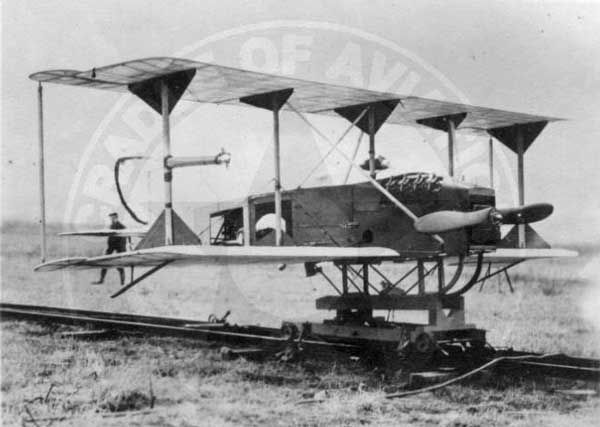 Sperry Aerial Torpedo, 1918. This image can be found in our digital archives at https://nyheritage.org/contributors/cradle-aviation-museum