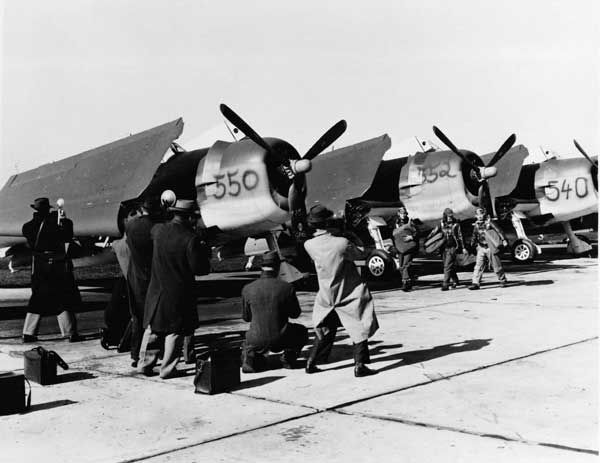 History was made in 1943 when three pilots from Grumman Aircraft Engineering Corporation, in Bethpage, NY, became the first women in the United States to test Navy fighter aircraft.

One of these pioneering aviatrices was Barbara Kibbee Jayne. Hailing from Troy, NY, Barbara grew up with a desire to fly. As a child, Barbara and her brother would often jump off their garage roof to experience “flight”. But it wasn’t until she was 21 that her parents gave the official green light to pursue her passion.

After earning a pilot license at the Ryan School of Aeronautics in San Diego, CA, Barbara was eager to find work across the country but instead encountered gender discrimination. She finally received an offer back in Troy where she became the first female instructor in the Civilian Pilots’ Training program. In 1941, Barbara was coaxed by Grumman executive Bud Gillies to be Chief Instructor at the exclusive Long Island Aviation Country Club in Hicksville, where she instructed the rich and famous to fly. Once WWII started, Barbara became a courier pilot at Grumman, flying parts and workers in transport and passenger planes. 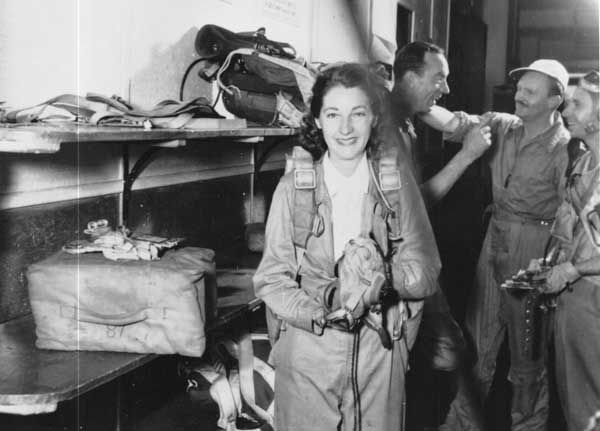 In the spring of 1942, Barbara along with pilots Cecil “Teddy” Kenyon and Elizabeth Hooker were recruited by Bud Gillies, head of testing and Flight Operations at Grumman to be the first women test pilots of naval aircraft in the US. At the time, there was a shortage of pilots, but Gillies, whose wife Betty, was also a pilot and a member of the Women’s Auxillary Ferrying Squadron or WAFS, had tremendous faith in these women and in their abilities to get the job done; testing warplanes, before the planes could be shipped to the Navy for combat.

Their first assignment was to test the F6F Hellcat right off the assembly line. On that day, Grumman closed the airfield, telling personnel to go home in case “things didn’t work out”. Bud Gillies, however, invited the press and these women soon became media darlings.

This F6F Hellcat became the best carrier-based fighter of World War Two. This aircraft was the kind of fighter considered to the backbone of the Naval Air War in the Pacific. A larger and more powerful development of the earlier F4F Wildcat, the Hellcat was designed to counter Japan’s excellent Zero fighter.  The Hellcat’s design sacrificed speed for a high rate of climb and exceptional maneuverability. It was also a very rugged and well-armored design. The plane was deployed operationally in the Pacific in August 1943 where it participated in every major engagement of the war. At one point in 1944 Grumman was turning out one Hellcat per hour – 644 in one month – an aircraft production record which has never been equaled. A total of 12,275 were built.

At first, male pilots couldn’t fathom the idea of women doing their jobs. Many of these men ignored the women when they walked into the Ready Room and some even threatened to quit, but Bud Gillies stood firm and told these men to go right ahead, but they quickly changed their minds. In time, the women proved their exceptional piloting skills and their male colleagues came to accept them. 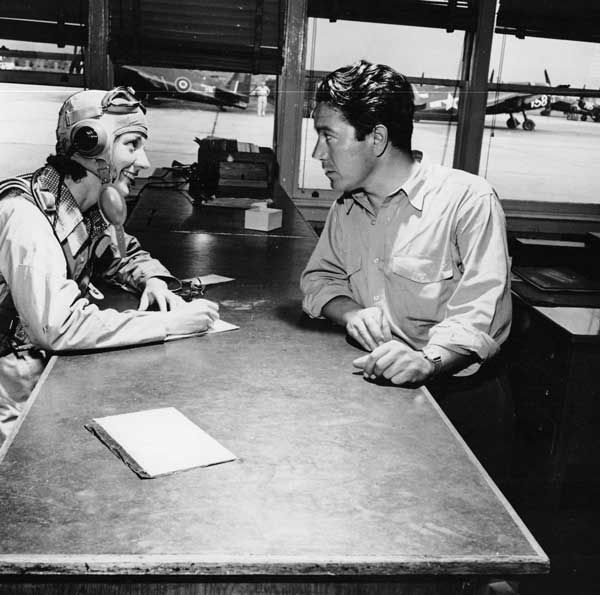 After the war ended, Barbara ran a GI Training Program and her own fixed base operation at Annapolis Airport. Early in the 1950s, she returned to California and flew her own aircraft for a real estate business. In her retirement, she flew often in Baja California Peninsula and with her friend, Betty Gillies on a number of “fly yourself safaris” around South America, Africa, and Australia. She passed away on October 17, 1999, in her home in Rancho, Santa Fe, where she had lived since the early 1950s.

The passion, determination, and bravery of these pioneering female test pilots continue to be an inspiration for young girls and women in aviation today.

An F6F Hellcat is on display in our World War II Gallery.