During World War Two Long Island was a crucial center of military aircraft production. These aircraft, produced in huge numbers for the Army, Navy and foreign governments, were of superior quality and had a major impact on the course of the war in all theatres. Local residents provided the manpower necessary for this massive production, and women and minorities were integrated into the workforce in large numbers for the first time. The war also had an impact on Long Island in terms of a large military presence, civilian defense and the conditions the war imposed at home. 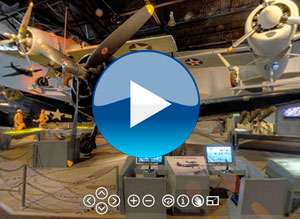