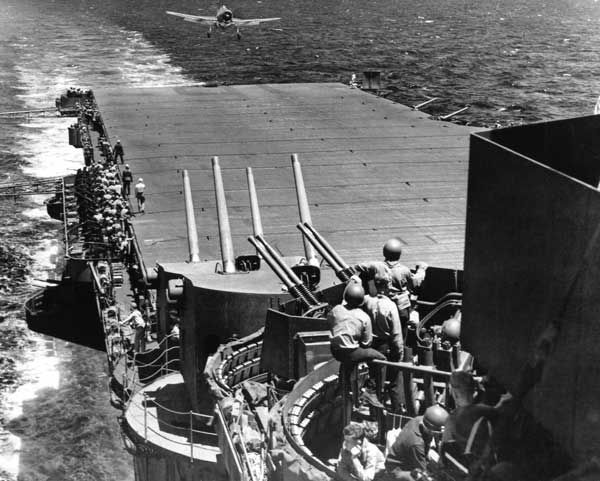 Sailors watch a Hellcat landing aboard the Lexington, 1944. The LSO can be seen at the far right corner of the flight deck.

During World War Two aircraft were able to take off unassisted from carrier decks. Landing on a short flight deck however was a different matter. On the final approach to the carrier, the pilot set his speed, attitude and power at pre-determined levels and lowered a tail-hook, which had to grab one of several arresting cables. Once engaged, these cables reeled out slowly to stop the fast moving aircraft. 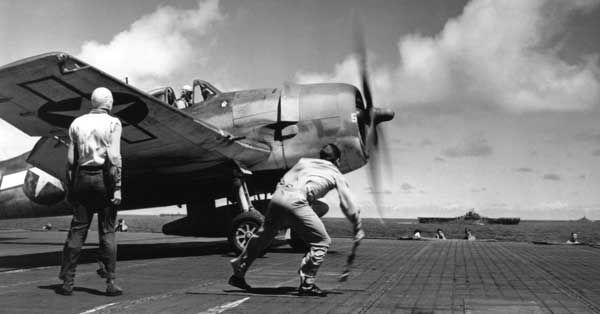 Preparing to launch aircraft from an Essex class carrier, 1944.

In the process of landing aircraft aboard a carrier, one individual stood out above all others - the Landing Signals Officer or the LSO. Communicating to the pilot with standardized hand signals, his judgment alone set up the conditions for a safe landing. 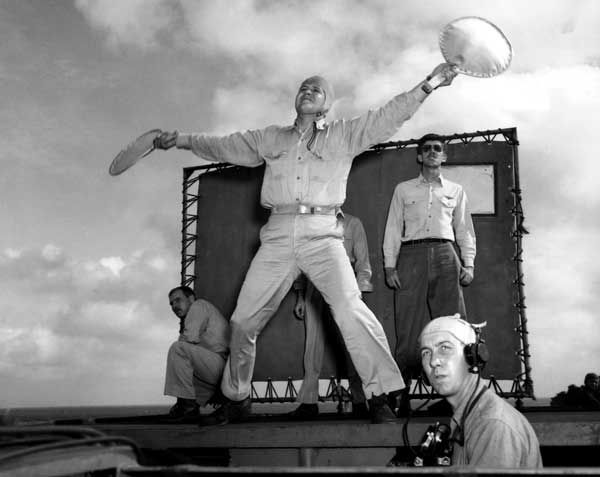 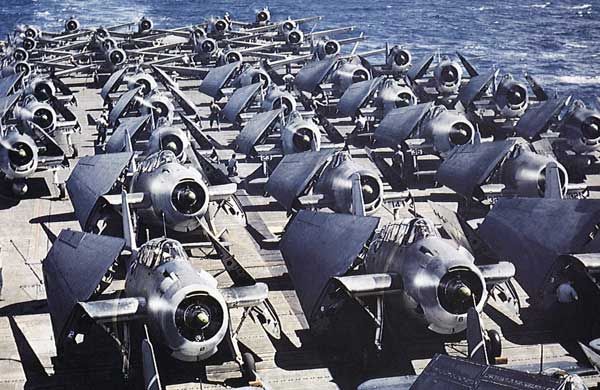 Fighters of the USS Yorktown get ready to launch a strike against the Marshall and Gilbert island chain during the November-December 1943 campaign.