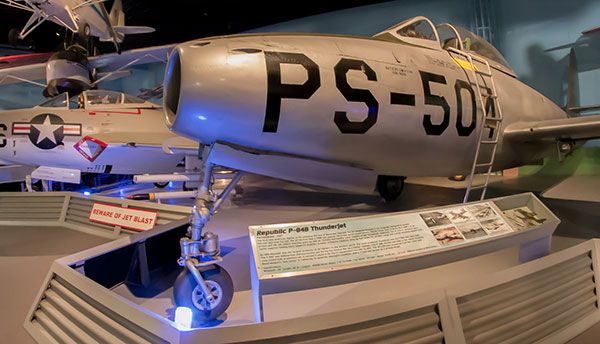 The first new American fighter to fly following the end of World War Two was the jet-powered Republic P-84. Designed around one of the earliest American jet engines, the P-84 first flew in early 1946. The second P-84 built was flown to a new world speed record of 611 mph. P-84's carried six .50 calibre machine guns as well as rockets and bombs. The first ones reached Air Force units in 1947. Later models of the Thunderjet were vastly superior to the ‘B' model. By the time of the Korean War in 1950, Republic was the largest producer of jet fighters in the western world. The most produced Thunderjet model was the F-84G (3025 built) which saw widespread and successful use during the Korean War as a fighter/bomber. 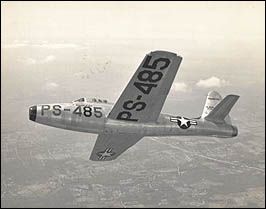