The Gyrodyne Company was founded in the late 1940's with the intent of producing a new type of helicopter. These helicopters were called coaxial - having two sets of counter-rotating blades thus eliminating torque and the need for a tailrotor. Under a 1950 U.S.Navy flight demonstration program, Gyrodyne produced this helicopter, the Model 2C at their St. James factory in 1952. Its successful flight program proved conclusively that the coaxial configuration offered many advantages and it ultimately led to a Navy contract for 750 drone versions in the 1960's. This helicopter could seat six people making it the largest ever built on Long Island. 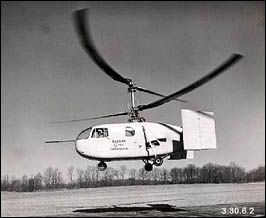 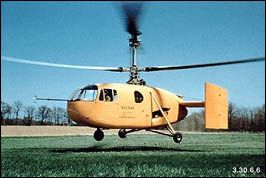