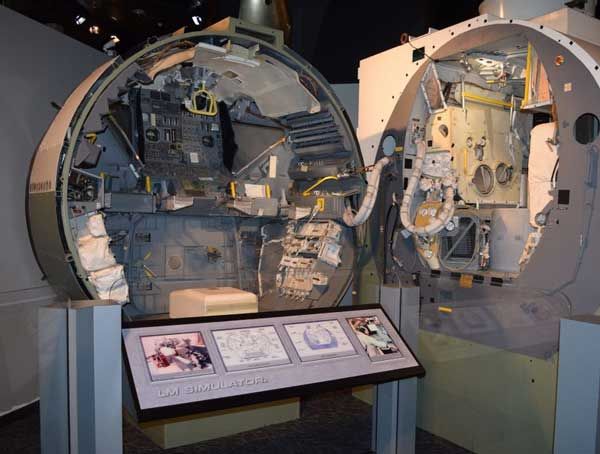 This Lunar Module (LM) Mission Simulator, a large, complex device, was in operation at the Kennedy Space Center between 1968 and 1972. It was used by every Apollo astronaut to train for landing on the Moon prior to their mission. Only one was built, and, remarkably, it survived in good condition. This is a very historically significant artifact, one of the few key pieces remaining from the Apollo program.

The device consists of a simulator cabin (LM Ascent Stage with complete original interior), four large rear-projection projectors and screens mounted outside the windows, an operator console, tape-drive computers, and a simulated lunar surface model and camera. Instructors, at the operator's console, could introduce malfunctions into the simulated mission the astronauts were running inside. Cameras, filming a model of the lunar surface, projected the image in front of the LM windows so the astronauts would feel as if they were actually maneuvering for a landing on the Moon. Astronauts would even sleep overnight inside this device in preparation for three-day stays on the Moon. The LM Simulator was produced by Link in conjunction with the Grumman Aircraft Corporation. 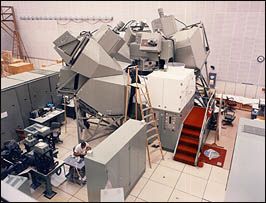