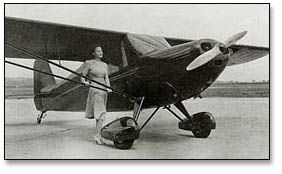 This was the second time I’d ferried a "little plane" across the country. This time we're westbound out of Boston, bringing our Commonwealth Skyranger to its new home in California. We’ve been on the road for five days, and today, with any luck we’d be there by lunchtime. All we have to do was coax NC33395 out of Reno, up over Donner Pass, then it's an easy downhill ride to the lush California central valley and the place we would call home.

Granted, in most "modern" (high-powered) aircraft, this flight would be a non-event, but ‘395 hadn’t been modern for over fifty years, and even then, it hadn’t been designed for this kind of flying. The Skyranger was built to cross miles and miles of Kansas flatland in speed and comfort, where the largest vertical obstacle you’d face was a grain silo. It had luxurious side-by-side seating, and its semi-symmetric airfoil let it outrun some of its contemporaries by 20 mph, but it didn’t like to climb. Clawing our way to a safe crossing altitude would be a challenge on any day, and it was August in Nevada. Hot, unforgiving August.

Today we’re departing with a full load: two people, clothes and emergency supplies, and just enough gas to get us over the pass to lower territory. We’re to leave Reno at sunrise, while it was still relatively cool. Our plan is simple – we'll follow Interstate 80 west to Donner, 40 miles up the valley. If we don’t have sufficient altitude by Truckee, we land, and one of us gets to ride Greyhound the rest of the way home.

It's still dark as we pull the plane out from its overnight lodging and thumb our way through the checklist. The Skyranger is a blindingly simple plane. No flaps, retractable gear or variable-pitch propeller – just a steel tube fuselage and a wing of trussed spruce ribs. Not much to go wrong as long as the Continental C-85 up front keeps the prop turning.

Light is just touching the western hills as we climb in and fired up the engine. Full runup, leaning the engine for maximum power at altitude, then a call to the control tower. We're a bit of an odd duck to be flying out of Reno International, but they direct us onto the short cross runway, point us west, and clear us for a straight out departure.

Holding the brakes, I ease the throttle full in. Check 2150 static rpm on the tachometer, hold my breath, and let it roll. Stick full back until the airspeed registers, then slowly lift the tail. On a rough grass runway, I’d leave the tail down to ease pressure on the main wheels. But on Reno’s smooth concrete, I want to minimize drag. No use making the wings develop lift until we needed it; better to use the power for speed.

High-altitude takeoff roll is agonizingly slow in any airplane. The thin air robs your engine of power and deprives your propeller of anything to push against. But we've got time, and 6000 feet of runway ahead of us.

Rolling faster now, indicated airspeed is up to 45, now 50. I call out "55, rotation" and bring the tail down a little. Not too much – I want to let the plane fly off when it’s ready. It’s ready soon enough; we make a few skips as the airspeed pass es 60, and are off by midfield. I set the pitch that usually gives me my best rate of climb, and immediately back off. That steep a nose-up attitude will drain our airspeed to nothing in this thin air – I need to find the magic 67 mph pitch by trial and error. Best rate airspeed is the indicated airspeed at which an airplane will achieve its maximum rate of climb. And for us, this morning, climb is everything.

I find 67 mph, along with some 200 feet of altitude, as we leave the concrete of Reno International behind us. Vertical speed indicating a mere 100 feet per minute – we’ll have to do better than that. Some quick calculations: best rate airspeed is a function of altitude, decreasing slowly up to an aircraft’s service ceiling. The 67 I was using had been computed at sea level – we can do better. Nose up a touch more, 65, 63, hold it at 62 mph. Now we’re showing 150 fpm. Still not much to sing about, but given the circumstances, I’ll take it.

We’re still westbound, climbing slowly, and I find myself being thankful that Reno’s a fairly flat city. We look across, not down, at the 18 story Peppermill Hotel as we cross south of downtown. Five minutes later, as we enter the valley leading to Donner, we’ve got only 1000’ of altitude to play with. Below us, dead center, is Interstate 80, showing the way to the pass.

Looking left and right at the valley walls rising above us, my mountain flying training finally kicks in: never fly the center of the valley – hug the downwind side. Wind’s 10 knots from the south here, so I ease the Skyranger to the north wall. Our new position gives us room to turn if we need to beat a hasty retreat down the valley. Below us, much closer now, is cattle pasture rising smoothly to the north. But it’s not only the land that’s rising – as the air makes its way across the valley, it has to escape the only way it can: up. And as the air rises, so do we.

Like a glider pilot running a line of ridge lift, we’re being carried upwards by the wind escaping the valley. A quick glance at the VSI now shows 250 feet per minute. I edge closer to the valley wall. We’ve now got only a hundred feet to the pastures rising below us, but the lift is stronger. Now 400, now 500 feet per minute. The altimeter winds past 8000 in only a few miles, and we find ourselves looking down at snowcapped mountains. I suddenly realize that we’re above the valley, but with a little maneuvering, I can still pick up some lift. By the time we reach Truckee, 20 miles later, we’re at a comfortable 9500 feet in level flight. We can see past Donner to the green farmland of the Central Valley.

I ease the nose over and watch the airspeed build; now the Skyranger is in its element. Without meaning to, we breathe easier, settle back, and begin to enjoy the flight. Devon picks up her camera, and I start sightseeing. A little to the south is Donner Lake, and the old pass. Haze from forest fires to the south glows red and purple in the early morning sunlight, and the whole Sierra Nevada seems laid out at our feet.

Fifty five years ago, the Skyranger was advertised as "the airplane for cross country flying" – comfortable, fast (for its size) and above all stable; I’ve flown most of the last 10 minutes with my hands in my lap. Only a few touches of the stick and few taps of rudder to keep us pointed in the right direction, but mostly, the plane is flying itself.

Finally, a five miles short of the pass, I can’t help it: I want to play. A word of warning to Devon, a glance to the side for clearance, then I pull left, hard. The Skyranger cran ks in 60 degrees of bank and takes the turn like it was on rails. It’s stable, but will roll in a heartbeat if you show it a firm hand. Pitch is something else - I only tap the stick back lightly, and she rears up for a gentle wingover. A few lazy eights to stretch my legs, then a knowing glance from Devon reminds me that we’ve got a destination to reach. Westbound again, with a smile on my face.

Five minutes later, we’re over the pass, and it’s time to start down. We’ve got 25 miles to Auburn, over a mile below us.

The Rearwins designed this plane well. It began as an exercise in spin avoidance. The fixed leading edge slots (cutting edge technology at the time) kept airflow smooth over the ailerons in a stall, and gave longitudinal control in a flight regime where most planes would fly like they had one wing cut off. The big vertical tail and small moveable rudder made it hard to get too much yaw in by mistake. You can make a Skyranger spin, but you have to try very hard – it took me and a former naval test pilot to figure out how. You can make it spin, but it would much rather fly.

Fifteen minutes later, and we’re in the traffic pattern at Auburn. We make our traffic call, s low to pattern speed of 80 mph, and go through the landing checklist. Carb heat on, trim back for landing, and we’re all set (remember, I told you the Skyranger was a simple plane). Roll onto base leg, then final, and bring the speed back to 65. Hold 1600 rpm to minimize sink and settle into the slot for landing. Aim just past the numbers, jockey a bit for the centerline, and remind myself out loud not to get complacent about landings.

Landing is the trickiest part of flying a taildragger, and ‘395 should know that better than most planes. Fifty years ago she had her gear ripped off from a ground-loop on landing. By the company pilot. On delivery to her first owner. Given the choice, I’d rather spare myself the embarrassment of recreating the event here and now.

Toes come alive as we cross the threshold, dancing to keep the centerline. Throttle back to idle, hold airspeed above 55. Right wing high for the crosswind, tail low as we touch left wheel first and hold it on. Airspeed bleeds off until the right wheel comes down, then stick back to plant the tailwheel. We’re too slow now to control our direction with rudder, so we have to put our faith in that eight inch disk of rubber hanging on the back. Apply brakes slowly, don’t want to send it over on its nose (another frequent Skyranger mishap), and we’re stopped by midfield. A shot of throttle to taxi off the runway and to a parking space, then we’re done. Radio and carb heat off, throttle back, and kill the engine with the magnetos. A deep breath and a smile – welcome to California, little plane. 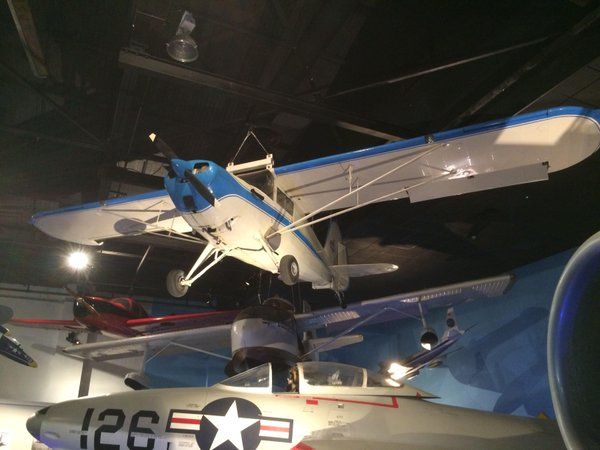