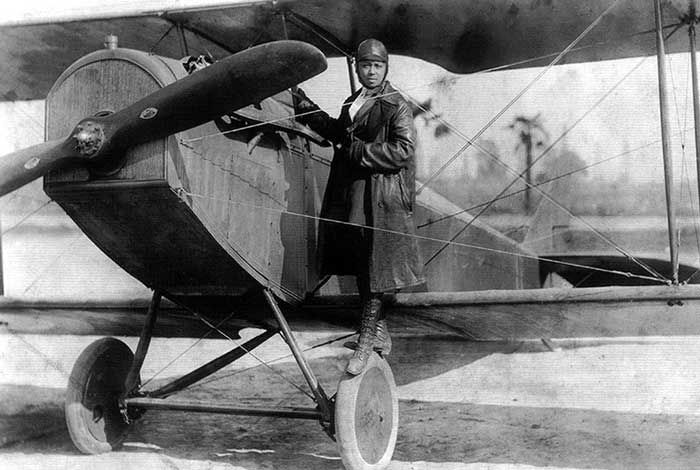 Elizabeth “Bessie” Coleman was born on January 26, 1892 in Atlanta, Texas. As one of 13 children born to sharecroppers, George and Susan Coleman, who were of Native American and African-American descent, Bessie worked as a child in the cotton fields, vowing to one day ‘’amount to something’’. 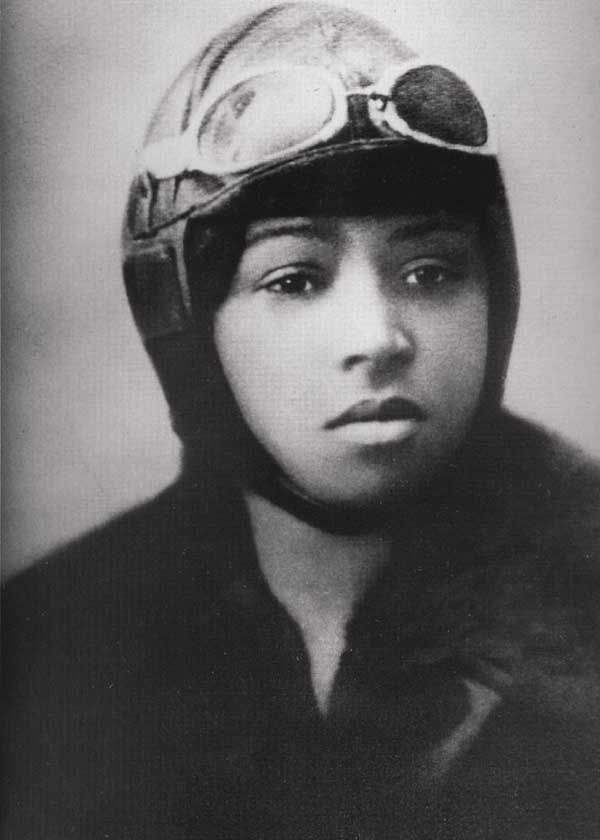 At the age of six, Coleman began attending school in Waxahachie, Texas in a one-room, segregated schoolhouse where she completed all eight grades. At age 12, Bessie was accepted into the Missionary Baptist Church School on a scholarship. Yearning to further her education she worked and saved her money and enrolled at Langston University in Oklahoma where she completed one term before running out of funds and returning home to Texas.

In 1915 at age 23, Bessie moved to Chicago to live with her older brother. She became a beautician and worked as a manicurist at a barbershop on the south side of the city. There, she met Robert Abbott, the publisher of the Chicago Defender. Bessie would listen to the flying stories of pilots returning home to the United States after the end of World War I and decided that she would like to fly. She took a second job in order to save money quickly so that she could pursue her dream to be a pilot, but at that time American flight schools did not admit either blacks or women. Robert Abbott encouraged Bessie to study flying abroad and later she received financial backing from a banker, Jesse Binga, and the Chicago Defender.

One day Bessie’s brother John, who had served in France during the war said, “I know something that French women do that you’ll never do…fly!” That remark prompted Coleman to travel to France, after teaching herself the language, and on June 15, 1921, she graduated the Federation Aeronautique Internationale becoming the first African American woman to achieve a pilot’s license.

In September of 1922, upon returning to the United States with the ultimate goal of establishing a flying school for African Americans, Bessie made her first appearance at an American airshow honoring veterans of the all-black 369th Infantry Regiment of the First World War. Held at Curtiss Field on Long Island and sponsored by Robert Abbott and The Defender, the airshow billed Coleman as ‘’the world’s greatest woman flier.”

Weeks later, Bessie returned to Chicago and worked for the next several years as a ‘’barnstorming’’ pilot, performing riveting demonstrations of aerobatics including loops, figure eights, and near-ground dips. Popularly known for her daring maneuvers Coleman was called ‘’Queen Bess” and ‘’Brave Bessie”. Throughout her career, she would only perform at air exhibitions if the crowd was desegregated and permitted to enter through the same gates. 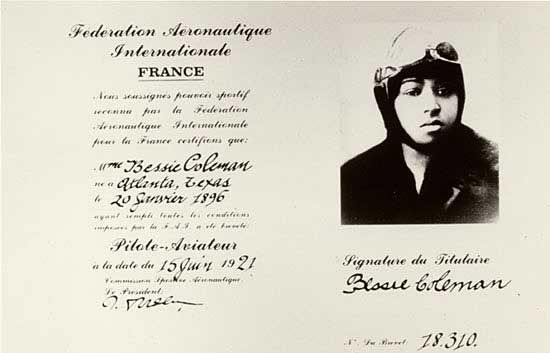 Upon saving her money and nearing her goal of opening a flight school for blacks in the United States, Bessie Coleman was tragically killed on April 30, 1926 during a rehearsal for an aerial show when the airplane she was in unexpectedly went into a dive and then a spin, subsequently throwing Coleman from the airplane at 2,000 feet. Upon examination of the aircraft, it was later discovered that a wrench used to maintain the engine had jammed the controls of the airplane. Bessie was 34 years old.

Despite this tragic fate, Coleman’s legacy of flight endures and she is credited with inspiring generations of African-American aviators, male and female, including the Tuskegee Airmen and NASA astronaut, Dr. Mae Jemison, who carried Bessie Coleman’s picture with her on her first mission in the Space Shuttle when she became the first African American woman in space aboard the Space Shuttle Endeavor in September 1992. 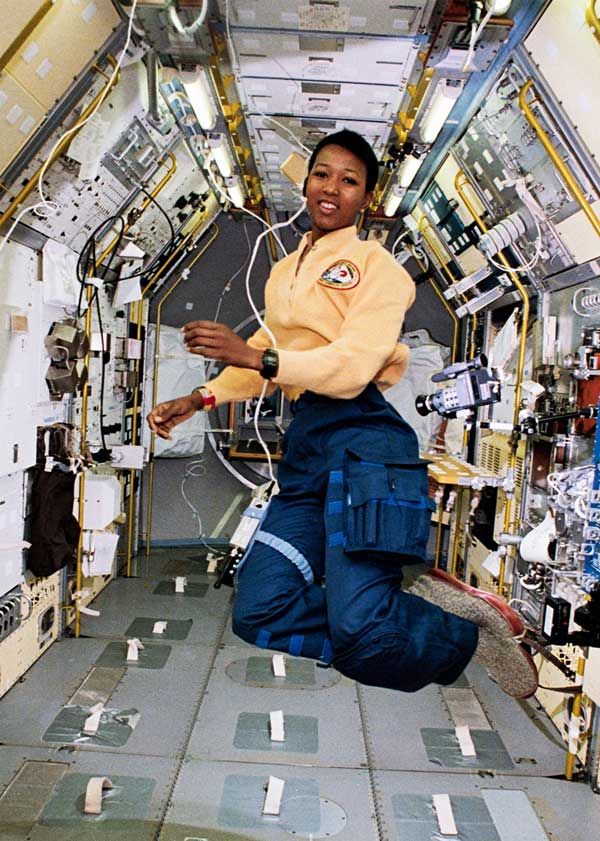 Dr. Mae Jemison, who carried Bessie Coleman’s picture with her on her first mission in the Space Shuttle when she became the first African American woman in space aboard the Space Shuttle Endeavor in September 1992.