By the year 2002 roughly one out of every six people on Earth has flown. Many of them have at one time passed through one of the major airports on Long Island, among the busiest in the world. Long Island is also home to the busiest Air Traffic Control centers in the world. Private flying is still popular here, in a variety of aircraft types, as Long Island also has the busiest General Aviation airport in New York State. The aerospace industry is still a major part of the Long Island economy as well over 250 companies on Long Island produce a wide variety of parts for virtually every American aircraft that flies. 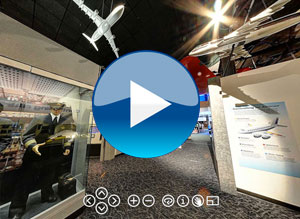