Go to Previous Slide Go to Next Slide 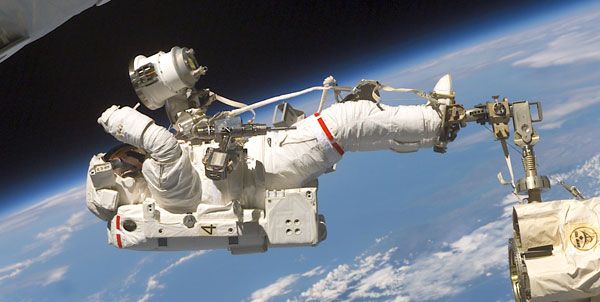 Lecture is FREE but reservations are required. Register online via the link below or call 516-572-4066 to reserve your seat.

Join us on Tuesday, April 2nd, for the opportunity to spend the evening with Space Shuttle Astronaut Jerry Ross. Mr. Ross is a veteran of seven space missions making him a record holder for most spaceflights.

He is a graduate of Purdue University as an Air Force ROTC student, Ross received his commission upon graduation in 1970. He retired from the Air Force in 2000, having flown in 21 different types of aircraft and has logged more than 4,100 hours flying time in military aircraft. He also holds a private pilot’s license.

Mr. Ross was selected for the astronaut program in May 1980 while still in the Air Force. He flew on seven missions and has more than 2,393 hours in space including nine spacewalks. He now shares his record of seven missions with another shuttle astronaut. He retired from NASA in January 2012.

Mr. Ross is the author of “Spacewalker: My Journey in Space and Faith as NASA’s Record-Setting Frequent Flyer Program,” which was released in January 2013. Mr. Ross will be signing his book following the lecture. His book can be purchased that evening.

Reciprocal Admission and other Programs