COVID-19 Update: The Museum is closed to maintain health and safety. Read more... 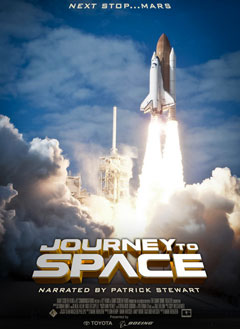 “We began as wanderers, and are wanderers still”
~ Carl Sagan

In the past half century, humans have punched through the stratosphere, walked on the moon, and lived continuously in orbit. In the coming decades, our unquenchable curiosity will take our species beyond the cradle of Earth to touch the face of another world. Strap in for the next giant leap. Next stop … Mars! Narrated by Patrick Stewart.

NASA’s next era will be its greatest yet. That is the clear “roadmap” painted by Journey To Space. The film absolutely annihilates the perception that the space program died with the end of the Space Shuttle Program by showcasing the exciting plans NASA and the space community are working on, and the challenges they must overcome to carry out audacious missions such as landing astronauts on Mars and capturing asteroids.

By using extensive interviews with astronauts Chris Ferguson (Commander of the final shuttle mission) and Serena Aunon (a new astronaut chosen for future flights), as well as a brilliant narration by film and television legend Sir Patrick Stewart, Journey To Space gives a sweeping overview of past space accomplishments, current activities and future plans.

Journey To Space puts into historical context the magnificent contributions made by the Space Shuttle program and its intrepid space pioneers. It uses the most spectacular space footage – including unique views of Earth and operations in space – such as deploying and repairing the Hubble Space Telescope. It then goes on to show how the Shuttle launched and assembled the International Space Station (ISS). Together, these programs have taught us how to live, build and conduct science in space. The ISS will continue operating in space until 2024, and the film shows how it is building a foundation for the next giant leaps into space.

The film concludes with a fascinating, realistic scenario of how astronauts will actually get to Mars, live there for long duration, and then return home after a two-and-a-half-year mission. This includes the new icons of the next chapter of space exploration:

Orion is NASA’s first spacecraft designed to carry humans on long-duration deep space exploration missions throughout the solar system.
Olympus, an inflatable transportation habitat, is an early concept 45- or 50-feet diameter module that would provide astronauts the work area and living space necessary for long-duration missions. Smaller versions have already flown in space, and a full-scale version is shown undergoing ground testing.

The Space Launch System (SLS), a new giant rocket, will carry spacecraft, Mars landers and ascent vehicles to place astronauts on the surface of Mars. SLS will generate over nine million pounds of thrust and will launch hardware into orbit equivalent to the weight of 22 elephants.
Journey to Space will both inspire a new generation of young people to dream of new horizons in space, and engender a new appreciation for the accomplishments of the Space Shuttle Program among an older generation who came to take it for granted.

Hours
Open Tuesday-Sunday, 9:30-5:00, and open on some Mondays that fall on holidays and school breaks.
Find Nunley's Carousel hours here.

Combo includes the museum and a single Planetarium or Dome Theater show.

Reciprocal Admission and other Programs 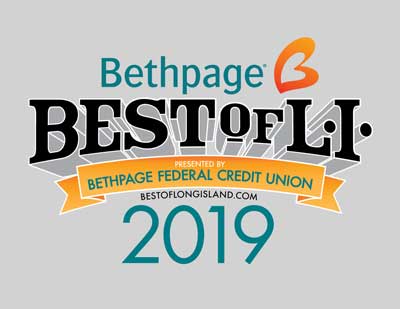